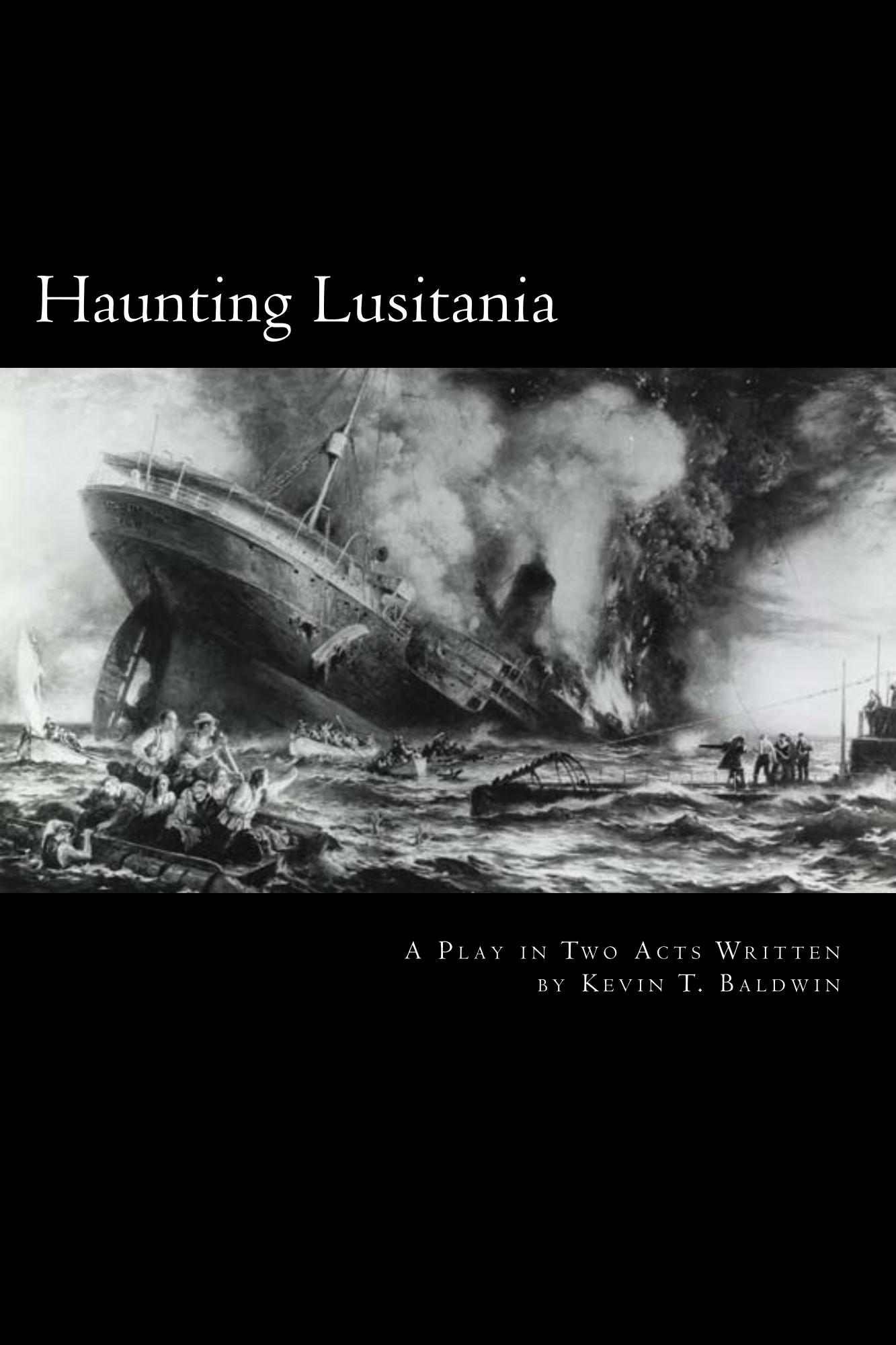 LILLIAN LUMIET – Former buxom star of early American burlesque stages. Trying to make it big as a silent film actress, in spite of the fact she cannot act. Attractive, brash, selfish and a nymphomaniac.  Mid thirties.

ERNEST COWPER – Canadian journalist. Early to mid twenties. Interviews Lillian. Sees the conning tower of the submarine before the torpedo was fired at Lusitania.

ALFRED G. VANDERBILT – American millionaire. Late thirties. Acts like a playboy however is actually a devoted husband who sacrifices his life in the pursuit to save others on board the sinking Lusitania.

RONALD DENYER – Valet for Vanderbilt. American. Devoted servant who also sacrifices his life to save others on board the sinking Lusitania. Late twenties to early thirties.

SARAH LUND – An American woman travelling aboard Lusitania with her husband and father after finding out her mother survived the sinking of the Empress of Ireland.

JOHN WALSH – Handsome British man romantically involved with Gerda Neilson. Proposed to her on the night before Lusitania is struck. Late twenties to early thirties.

GERDA NEILSON – Attractive British woman romantically involved with John Walsh. Proposed to by John on the night before Lusitania is struck. Late twenties to early thirties.

THEODATE POPE - First class passenger traveling with Professor Friend.  A middle-aged spinster from a wealthy estate in Farmington, Connecticut. Believes in an afterlife and the power of the mind. Has a slight spiritual quality to her.

PROFESSOR EDWIN FRIEND - First class American passenger traveling with Miss Pope. Mid twenties. Secretary of the New York’s Society for Psychic Research. Former professor at a western college but living on the Pope estate with his pregnant wife during the past year.

DOROTHY BRAITHWAITE – Young French Canadian woman who travels to see her sisters who have both been widowed on the same day. Celebrates her birthday aboard Lusitania. 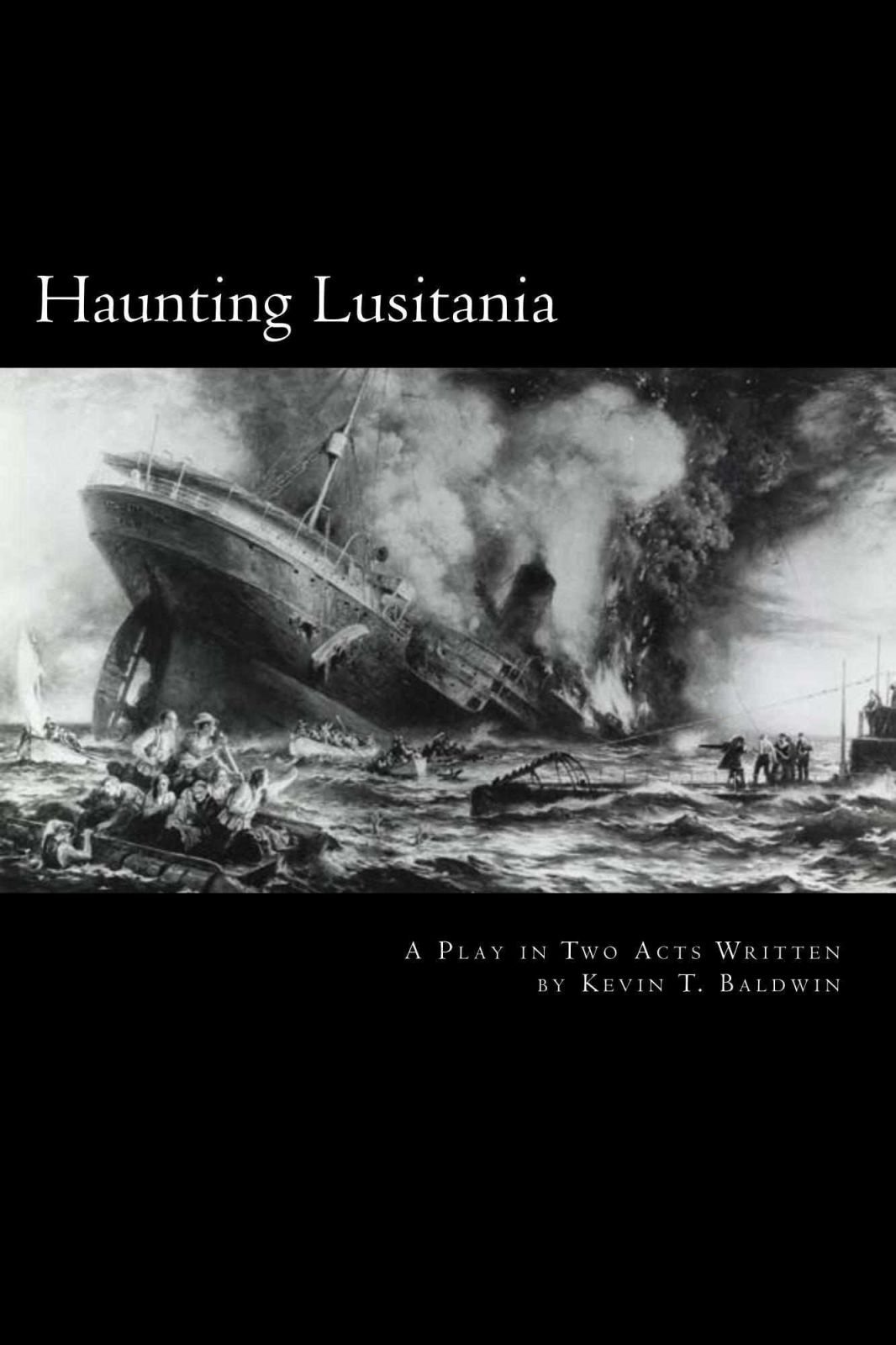 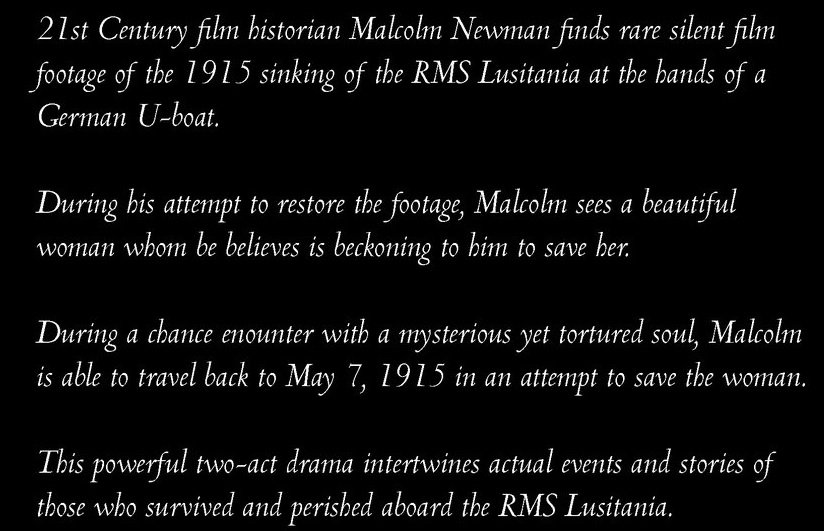