Pieces of a Man's Heart - A Play in One Act

Evelyn Murtaugh has traveled to Morganton, North Carolina from Chicago, Illinois to see Mrs. Heidi Traub on a very important matter.  Evelyn’s adoptive father passed away unexpectedly, and in his will left instructions that Evelyn was to receive a package.  In the package, which Evelyn was told was twenty years old, there was a sealed envelope containing a cardboard puzzle piece. The game piece looked like half of a heart pendant.  There was also a note inside, from Evelyn's biological father. In the note, he instructs "Evie" to seek out and return the missing piece of the heart.

EVELYN MURTAUGH - A 19 year old woman from Chicago who has come to see Mrs. Traub 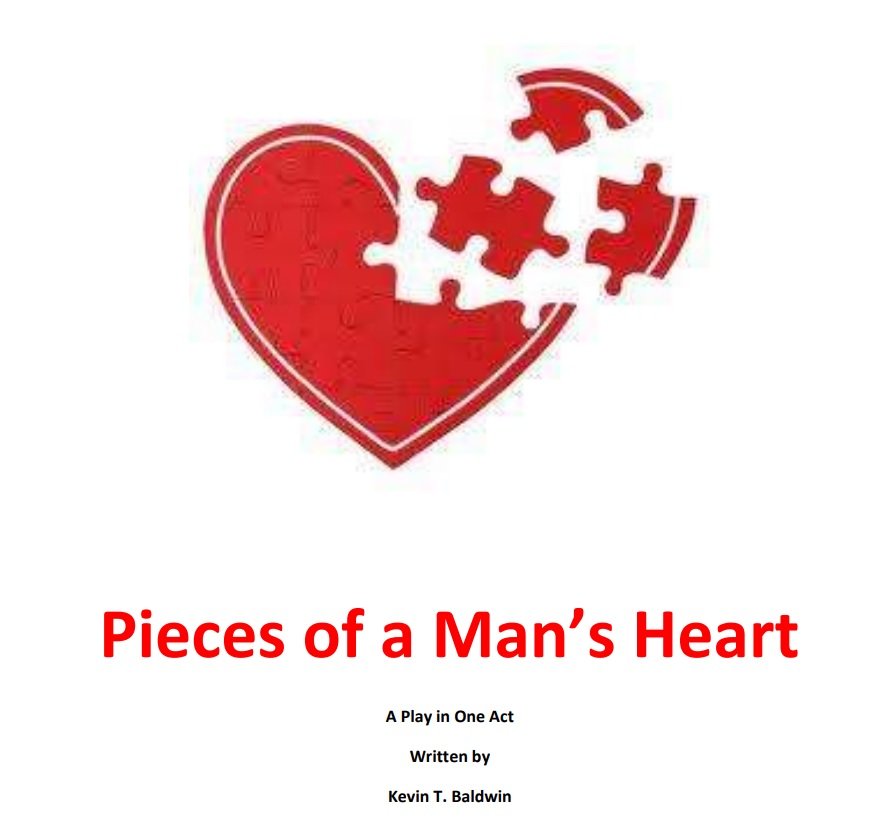 All amateur acting rights to this play are controlled exclusively by Kevin T. Baldwin without whose permission no performance, reading or presentation of any kind may be given. On all programs and advertising this notice must appear: “Produced by special arrangement with Kevin T. Baldwin”