"Ponytail" - A Drama in Two Acts 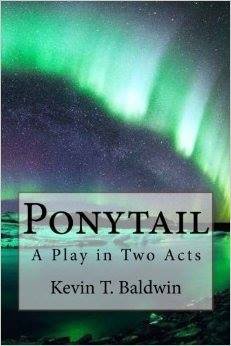 Ponytail - A Drama in Two Acts

Years ago, Seamus "Ponytail" O’Donovan was drummer for one of the hottest Irish rock bands ever to tour the globe. Then, when the band’s lead vocalist split to become a Northern Irish radical, the group fell apart. Now, married four times and living in America, Seamus has become an insurance investigator to make ends meet. Seamus’s brother is killed and his young niece, Adalynn Rose, comes to live with him and current wife, Gail. When tragedy strikes, Seamus has a terrible time adjusting. Then, to complicate matters, his friend and former lead vocalist returns. “Ponytail” is a story about a man coming to understand his own mortality and the mortality of others.

SEAMUS "PONYTAIL" O’DONOVAN - Insurance investigator, former drummer for a well-known Irish rock and roll band, the “Pony Tales”. Mild Irish brogue. The band’s trademark was the long ponytail worn by all its members. Sometimes referred to as "Pony". Married a total of four times, but his true love is his current wife, Gail.

ADALYNN ROSE WINCHESTER - Seamus’s 11 year-old niece from a small farming community on an island off the coast of Ireland. She has long hair tied in a ponytail. Stronger Irish accent. She is extremely smart but also in mourning over the loss of her parents so sometimes she comes off a bit cross. New to America she is like a fish out of water.

GAIL O’DONOVAN - Seamus’s fourth wife, an American. Suffered from a damaged kidney and is on medication. Devout Catholic. Full of love.

SONDRA MINX - Nurse at hospital, aka “Minxie” - Can be modified to suit multicultural casting purposes.

RAINBOW CHAMBERLAIN - One of Seamus’s estranged daughters. In a lesbian relationship. 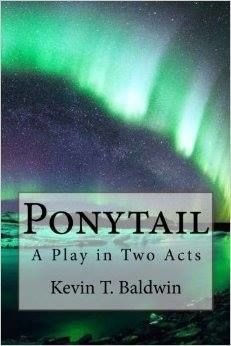