"Running of the Brides" - A Play in One Act 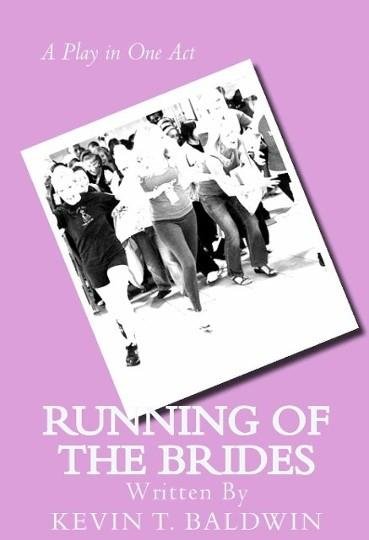 Running of the Brides - A Play in One Act

MASSACHUSETTS - A play based on the former Filene's department store race for the cheapest bridal gowns had its world premiere in 2014.

The one-act comedy, "Running of the Brides", was received with cheers, laughter and standing ovations for two weekends in May.

Written by playwright Kevin T. Baldwin. the show concerns 10 women, all from varying walks of life, who have gathered to participate in the event.

The concept is simple: What do the women all talk about, while standing in line for many hours, anxiously awaiting for the race to begin?

The actual race had department store Filene's bringing together multiple brands of gowns by many manufacturers and designers at sharply reduced rates. The race would have hundreds of women bursting through the doors, grabbing dozens of dresses at a time, trying on gown after gown at a frenetic pace. Some women would actually sleep in line in lawn chairs the night before the event.

When the race began, women would knock each other down, running over some who may have fallen to the ground while running. Once in the store many would strip down to their underwear (if worn) to try on possibly one dress or perhaps dozens, all determined to find that one special gown.

Baldwin, a published playwright of 30 years, had always been fascinated by what drove the women, beyond the financial savings, to participate in the event which ran for over 60 years in the Boston area.

who are composites of many of the actual women who took part in the race.

Throughout the course of the 30 minute comedy, we find out why these women are there and about their hopes and dreams of marriage.

First up, friends Shanice and Ophelia, two urban youths who think marriage is a great way to get out of going to school.

We then watch the interplay between Aurora and Prudence, two older sisters who act like polar opposites of each other - Prudence, the "free spirit", is maid-of-honor to Aurora, the bride-to-be, an overtly aggressive, conservative businesswoman.

Then we see Courtney, a partying, bar-hopping young bride-to-be getting married on a whim, who stands in line with her seemingly much more conservative mother, Sybil, who

has some of the wittiest sharp-tongued exchanges and most surprising moments in the show.

Then there is Iris, a young pregnant Latina bride who is also there with her religious mother, Lenore, who is forcing her child to marry the baby's father and "to do what's right" for the sake of the unborn baby.

Finally there is Nina, a young bride who is there with her lesbian friend, Zoey. Zoey hates the whole concept of the event and begins arguing with all the other women

and soon becomes the catalyst for everything that happens during the course of the second half of the play.

There are many twists and turns in the second half of the story that, when performed by the New Players Theatre Guild in Fitchburg, Massachusetts, had audiences laughing at times and moved at others, with an ending that had many cheering. 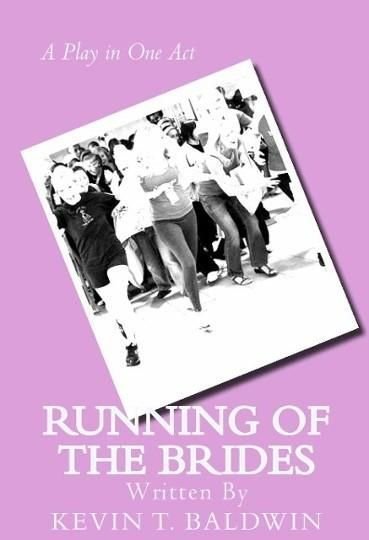